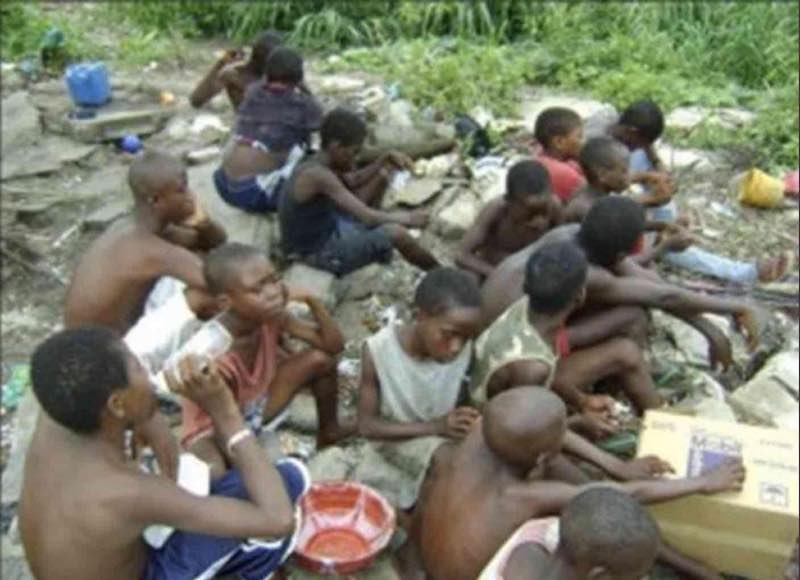 In 2003 Mr. Itauma rescued three children from the hands of witch-hunters who dragged them to be killed in the nearby bush close to a market where he lives, because the local sellers believed the children were responsible for their poor sells of goods. He kept the children in his family home for safety while working to reconcile them with their families.

A week later, three orphans who were siblings also arrived at the market to beg for food. They were attacked and tortured but lucky that a woman led them to Sam’s family house where other ‘witch’ children were taking refuge. As the children kept trickling in, as a result of witchcraft stigma and torture, Sam approached the government in 2003 to take the children and keep them in the government centre. He was told that such children cannot be allowed to mix with normal children. He, therefore, decided to open a place for the abandoned stigmatized children in his hometown; with the help of The Catholic Church and Latter-Day Saint Charities. That was the beginning of CRARN Children Centre. 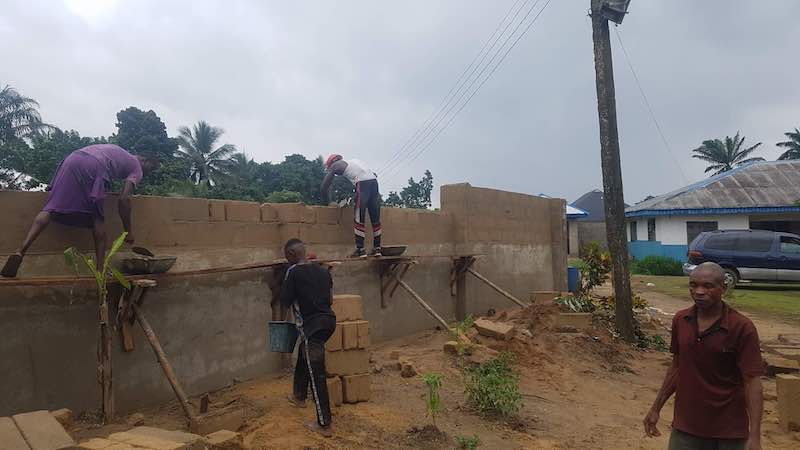 He later added a school called CRARN Academy. His organization, CRARN, continued to rescue the ‘witch’ abandoned children from the street who were lucky to be alive, as he led the campaign and advocacy to stop the phenomenon. 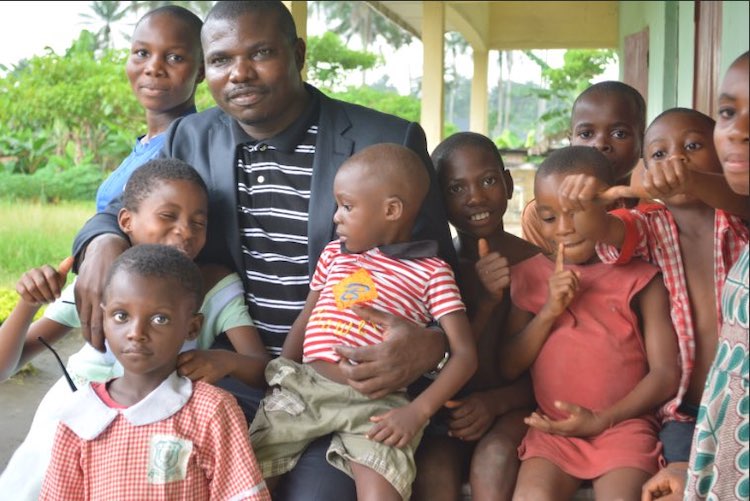 Mr. Itauma’s campaign received a boost from the United Nation Children Fund (UNICEF) and the National Agency for the Prohibition of Trafficking in Person and related matters (NAPTIP) a Nigerian Federal Government agency to facilitate the anti-witch-hunt campaign. A research report done by UNICEF in partnership with CRARN indicates that some religious preachers make a lot of money from deliberately labeling children as witches and wizards with claims of having powers to exorcise them of witchcraft spell while fleecing their parents of their hard earned money. This assertion is confirmed by the UK Observer report of December, 2007 investigative report:

“Evangelical pastors are helping to create a terrible new campaign of violence against young Nigerians. Children and babies branded as evil are being abused, abandoned and even murdered while the preachers make money out of the fear of their parents and their communities…” The report added that:

“Sam Ikpe Itauma is one of the few people in this area who does not believe what the evangelical ‘prophets’ are preaching. He opened his house to a few homeless waifs he came across, and now he tries his best to look after 131…” Itauma’s works have saved the lives of thousands of children who would have otherwise been buried alive, thrown into the river, locked up in toilet for days to die of hunger or piecemeal, abandoned in the bush, forced to eat a local, poisonous eseri berry, choked or strangled to death. It is estimated that more than 20,000 children might have being stigmatized as witches in Nigeria alone and the number of deaths not ascertained as cases like these are usually not reported to the police for fear of reprisal from the witch-hunters. Even if they are reported, influential men in the society work round the clock to get them off the police hooks.

By 2008, rescued children in the CRARN Centre were already gearing up to 300 in number. 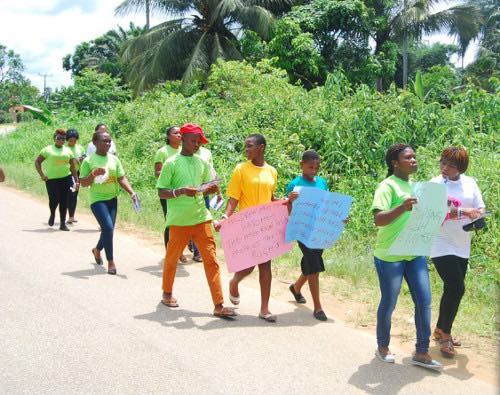 Sam Itauma with partners led more than 150 ‘witch’ children on a protest match to the government House, Oyo – Nigeria with a demand to pass anti child-witch hunt law. The then Governor of Akwa Ibom State, Chief Godswill Akpabio was handed over a petition signed by more than a thousand people from 30 countries. It was put up by a US-based child’s right advocate; Ms. Kelli Stowe. On December 5th 2008, Governor Akpabio signed the Child’s Right Bill into law.

“An act to protect our children and posterity: We have come to make a law to protect everything we cherish and value, for it would be completely futile to make the gains we have made in terms of development and progress without preparing the next generation for sustaining our legacy. It should be pointed out that this bill is today being domesticated in Akwa Ibom State and today marks a giant stride for our children”- Governor Godswill Akpabio. 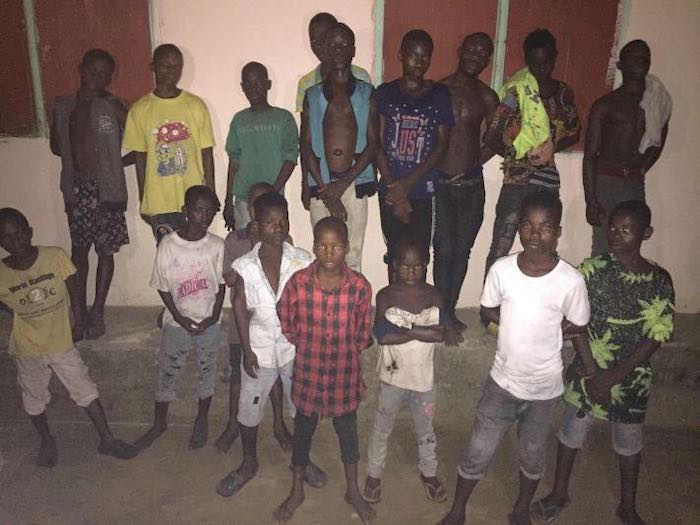 By 2010, children in the CRARN Centre were again gearing up to 300 in number while more than 600 were reconciled with their parents or reintegrated into the society.

CNN Connect the World reported about Itauma’s work in 2010 that:

“Pastors in southeast Nigeria claim illness and poverty are caused by witches who bring terrible misfortune to those around them. And those denounced as witches must be cleansed through deliverance or cast out… A crowd gathered around two brothers and their sister. Tears streamed down their mother’s face as she cast out her children from the family, accusing them of causing the premature deaths of two of their siblings with black magic.

“I am afraid. They are witches and they can kill me as well,” she sobbed.

The report added: Sam runs Child’s Rights and Rehabilitation Network, or CRARN — an orphanage that supports nearly 200 children. All of them were accused of witchcraft and cast out by their families, often after being tortured. The orphanage provides security, healthcare, nutrition and counseling.

In the course of saving the lives of children and elderly weaklings, Sam has suffered series of attacks in the hands of powerful religious preachers who see his campaign to enlighten the people against false preaching, superstitious belief of witchcraft as a threat to their ‘business.’ As Dr. Olusegun Fakoya puts it in his article: The Many Faces of Helen Ukpabio.

“The world-wide reaction and publicity that followed the release of the award-winning documentary, ‘Saving Africa’s Witch Children‘, has been a source of consternation to those whose activities were exposed by the film. This film demonstrated the scale of the problem caused by the continued labeling of children as witches in South Eastern Nigeria. This practice has brought untold hardship to thousands of children. The burgeoning role of some Pentecostal churches was equally exposed, including their collusion and participation in the lies and untruths which lead children to be stigmatized as witches and later tortured, and which generate huge commercial success.

2010
The bad consequences for stepping up. 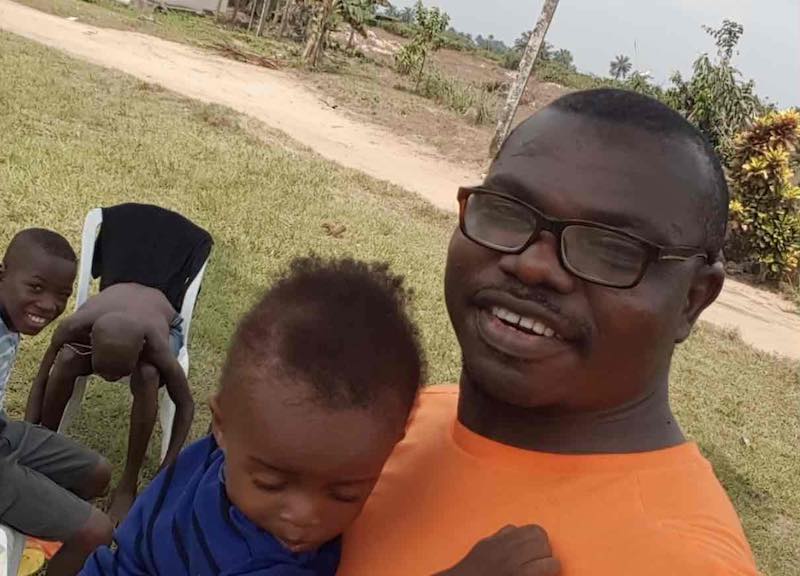 “Sam Ikpe Itauma of Child Rights and Rehabilitation Centre (CRARN) in Eket, are the enemies that must be crushed."

- Mr Ukutt,
on behalf of the Trustees of Liberty Foundation Gospel Ministry, wrote a threatening letter to both organizations demanding a public and published apology and one billion US Dollars on behalf of his clients.

When this failed to achieve the desired reaction, Helen Ukpabio employed the Police to visit CRARN on 3rd July 2009 where the aim was to arrest or kidnap Mr Ikpe-Itauma. Failing to achieve this, the policemen beat several of the children including two who required hospitalization.” – Dr. Olusegun Fakoya.

The situation got worse and worse, and ended with Sam Itauma having to seek asylum in the U.S. to save himself, but also to avoid putting the CRARN staff and children in additional danger.
From now on, Sam Itauma still tries to visit Nigeria and CRARN as often as possible.

Why did it get this far in the first place?

Messing with the powerful in a corrupt state carries risks. The hunt on Sam Itauma was set off especially through the documentary "Saving Africa’s Witch Children" and multiple CNN reports.

But also in the past there were more:
In 2007, Itauma carried out a special investigation to discover churches and persons that were in the habit of branding children ‘witches’ and ‘wizards.’ He discovered that 90% of the churches were in the practices of identifying children and elderly people as practicing witchcraft which lead to their torturing and death. He also discovered a certain Bishop Samuel Okon William (also known as Bishop Ulup-Aya), who confessed in a 2008 documentary, ‘Saving Africa’s Witch Children‘ that “I killed 110 people, who were identified to be a witch…” Sam believes that William was telling the truth in his confession or he might have killed more than that, as he was arrested in 2000 and 2002 for wide-spread witch killings and kept in detention for three years without trial. He was later released as witnesses refused to come forward to testify for fear that his magical power will fortify him from justice. Therefore, when he returns, he would kill them. He, together with his group was always hired to identify witches in part of Oron area. 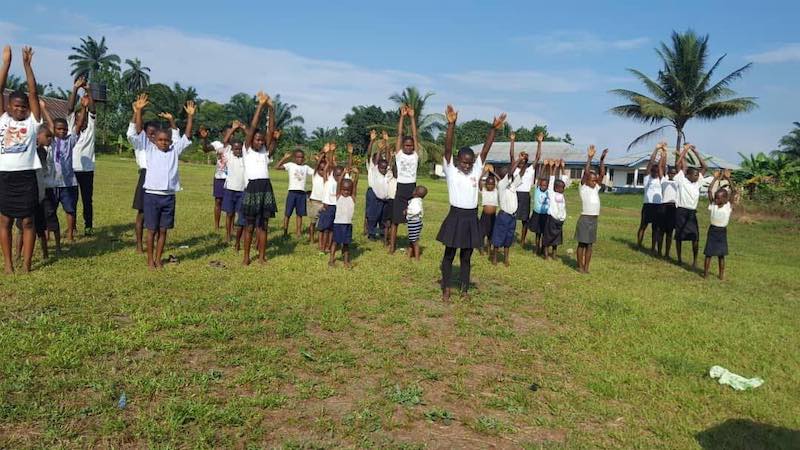 With the fast raise in awareness after 2009, CRARN was able to impact many more children than before. Especially big institutes and funds made it possible for CRARN to invest in security, food safety and buy land for new buildings. CRARN was also backed with food supply for all children for two years by a foundation and were able to build an aquaculture with the help of US Ambassador. Many more projects were tackled in that time and built a solid foundation for CRARN in the longterm.

2012-2019
Impacting thousands of children. But the support goes down slowly. 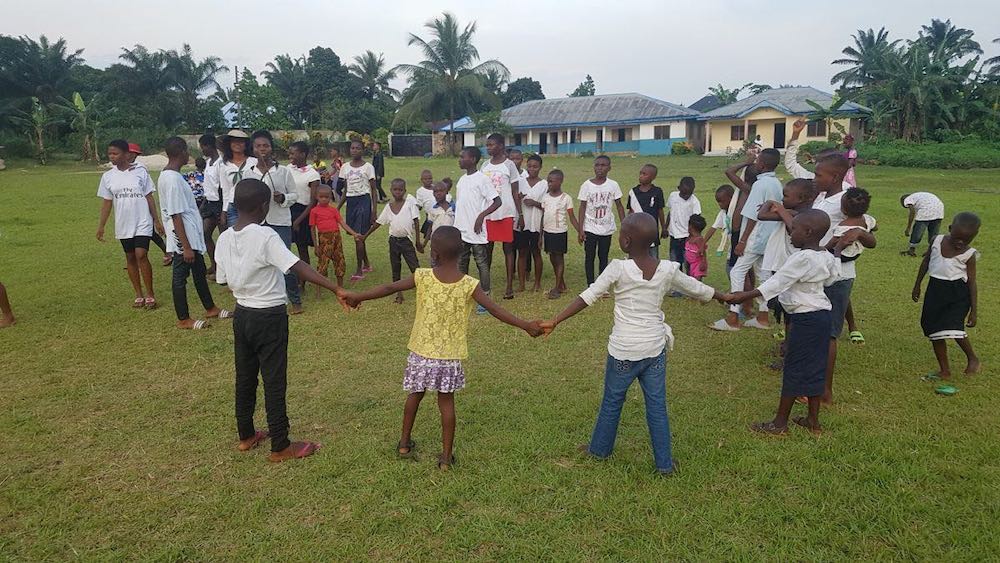 Wrong text: In 2003 Mr. Itauma rescued three children from the hands of witch-hunters who dragged them to be killed in the nearby bush close to a market where he lives, because the local sellers believed the children were responsible for their poor sells of goods. He kept the children in his family home for safety while working to reconcile them with their families. COVID19 hit CRARN harder than expected; donations have fallen significantly, with 80% of donations during this time being backed by founder Sam Itauma. It was only through the consistent local volunteer support and the crops we harvest at the CRARN centre that we’ve been able to overcome these difficult times. 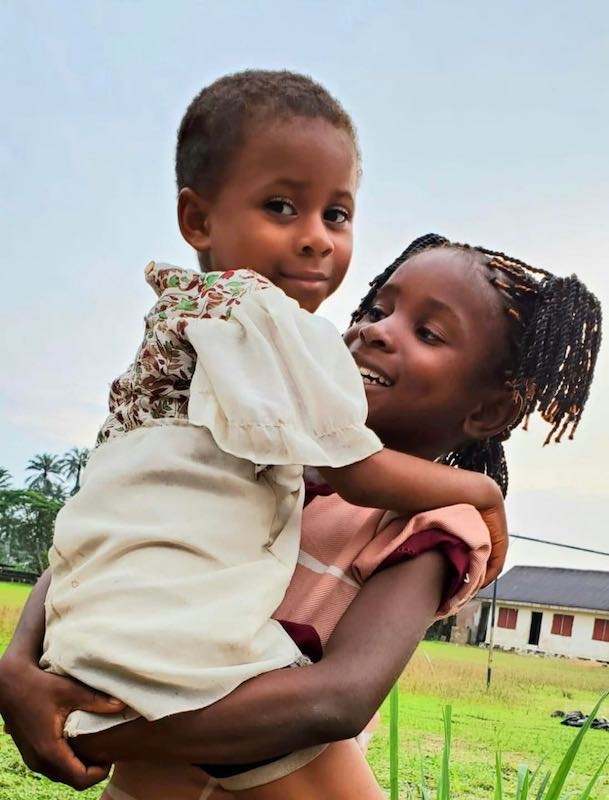 At the end of 2020, an ARTE documentary team decided to produce a documentary about the witchcraft stigmatization in Akwa Ibom and Cross River State. They published the documentary in July 2021 in German and French on Youtube, with the documentary airing on TV around Europe at that time. The documentary resulted in a stable amount of support from all around Europe; for which, we are very thankful. Due to this support, we were able to focus on the important tasks of running CRARN again.